Sant Jee led the Sikh nation into the new millenium

Baba Takhur Singh Jee was born in 1915 in the village of Eechogill, Dist Lahore (Pakistan) to the respected Baba Bahadur Singh and Mata Prem Kaur Jee. Both his parents were Amritdhari who recited many prayers daily and had unshakeable faith in the guru.

After the partition they came to India where in village Sadaruala near Makhu Dist Ferozepur they started to live. From birth Baba jee was forever meditating merciful peaceful hearted imbued with spiritual energy and had unshakeable faith in the Guru. From a young age they would not waste their time playing or talking .When a little older they started helping his mother and father in running the household doing which he would forever attune his concentration to the one intoxicating Naam Simran. From childhood Baba Jee used to share his earnings/food/belongings with others as he saw Gods light in all and was always inspired to help others being engrossed in the seva and simran. Baba Jee’s mind forever longed to be in the precence and seva of a true Gursikh/Brahmgiani.

They learnt through others that Brahmgiani Sant Gurbachan Singh Jee Khalsa along with his Jatha were doing Sikhi Parcher- who are respected as great intellectuals and who have much blessings of Satguru Sri Guru Gobind Singh Jee. Baba Jee left home and went to Bhindra in Dist Moga where Khalsa Jee resided their Baba Jee took Amrit from Panj Pyare. Khalsa Jee recognised Baba Jee’s spiritual state and thus put him in charge of Langar this seva was performed with much love and commitment after 2 & half years seva Khalsa Jee accepted Baba Jee into the Jatha and taught him the knowledge of god.

Until Khalsa Jee went to sachkand Baba Jee did seva of Garveye (close associate) for 22 years Khalsa Jee being happy with this seva blessed Baba Jee with many gifts. They blessed him with a great spiritual state .They said ’’A time will come when you will perform the greatest seva of all . After Khalsa Jee went to sachkand Baba Jee carried on seva of Langer and sangats with Sant Giani Kartar Singh Jee Khalsa and forever remained imbued in Naam Simran . Sant Giani Kartar Singh Jee had much respect for Baba Jee & would discuss decisions to be made with Baba Jee. This time was a critical period for Sikh’s as there were many efforts being made to silence the Sikh community as a political and faith group. Sant Kartar Singh Jee Khalsa held 37 major processions which woke the sleeping Sikh masses to their identity. The government were trying to silence Sant Kartar Singh Jee Khalsa and were making plan’s to arrest him Santh Jee said the follwing in response to this:

"If the government arrest me then after me Baba Takhur Singh Jee will be responsible for Damdami Taksal. They can give the seva of leadership to whom they please."

In July 1982 Sant Jarnail Singh Jee Khalsa began the Dharam Yudh Morcha to free the Sikh’s from oppression of the government and made Amritsar their permanent residence and Baba Jee was given the seva to look after Gurdawara Gurdashan Parkash Mehta. In June 1984 the government attacked Sri Harmander Sahib and Sri Akhal Takhat Sahib martyred countless Singh’s and Singhnia. After the attack Sant Jee went underground in the absence of Sant Jee the Damdami Taksal seva was given to Baba Jee by the Sangat which they are performing to their best currently he has guided the Damdami Taksal through testing and difficult times and his wisdom has shined throughout.

Baba Jee has kept the Damdami Taksal Parcher countinuous he attends many functions throughout the world. Thousands have been inspired through parcher organised by Baba Jee and have taken Amrit. He has fought cases for arrested Singh’s and has assisted those still in jail in whatever manner possible Shaheed’s families have been provided for and are still being supported.

He restarted the great tradition of Sarbat Khalsa and they performed the reconstruction of Sri Akhal Takhat Sahib with much physical fervour many other Gurdwaras have been built and are being built/renovated.

Gurdwara Shaheed Ganj B-block was built in Sri Amritsar in memory of the Shaheeds of the encounter with Nakali Nirankaris of 1978. At Sri Anandpur Sahib on Kiratpur Sahib Road a Gurdwara was built to benefit visiting sangats. In memory of Sant Giani Gurbachan Singh Jee Khalsa a Khalsa academy & a hospital have been built at Mehta. Baba Jee is respected throughout the panth as a very spiritual/gifted leader and he is a shining example of a Khalsa. When they utter 'Vaheguru Jee Ka Khalsa Vaheguru Jee Kee Fateh' peace is brought to the minds of thousands. 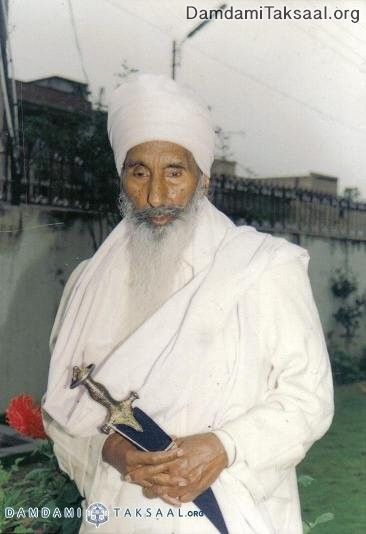 On 24th December 2004, Sant Baba Thakur Singh Ji left this world for Sachkhand. He was 89 years old. The following are pictures from the Antam Sanskaar (funeral). 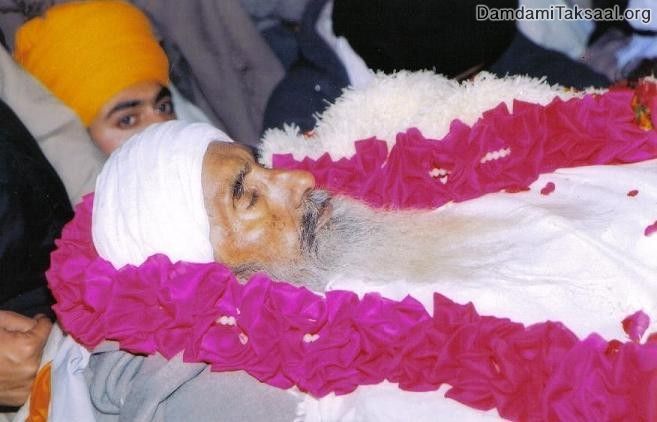 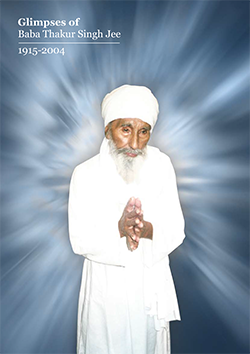